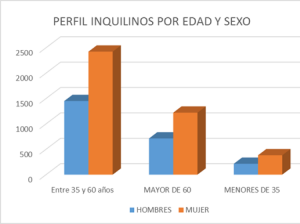 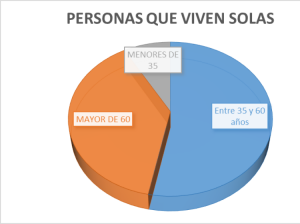 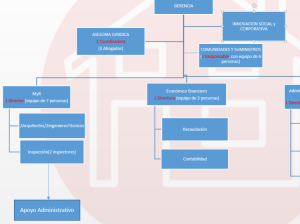 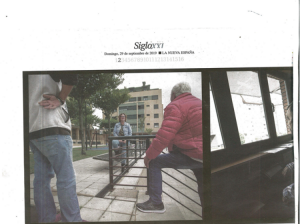 Traditionally, the phenomenon of homelessness has been approached as an exclusive question of social services, seeking solutions through specialized accommodation devices (shelters, sheltered apartments, pensions and hostels). In recent years, the importance of the role of housing in the eradication of homelessness has grown, with increasing attention being given to the Housing First model as a solution to this problem. The model is based on early intervention in housing, providing affordable and permanent housing to people coming straight from the street.

At the end of 2015, the General Directorate of Housing created the Permanent Working Group on public housing (hereinafter GTVP). In this group, which meets 3 times a year, the 78 Asturian municipalities are represented, distributed as follows: the 7 municipalities with more than 20,000 inhabitants; 8 city councils representing the 8 geographical areas into which Asturias is divided from a Social Services point of view; 8 people from the territorial teams of the social services of the Principality of Asturias; 7 people from the General Directorate of Housing, and 4 people from VIPASA, instrumental entity for the management of public housing.

In this forum for debate and discussion between different levels of the administration, the need to address homelessness in Asturias is raised, starting with the municipalities where this problem was most pressing.

In summary, the situation in each municipality is as follows:

219,686 inhabitants.
NGO leading the intervention: Albéniz Foundation.
No. of homeless people at the beginning of the implementation of the program: 20
No. of HF beneficiaries: 11 (9 men / 2 women)

271,843 inhabitants
NGO leading the intervention: Fundación Siloé
No. of homeless people at the beginning of the program’s implementation: 38
No. of beneficiaries of the HF program: 10 (3 women / 7 men)

83,617 inhabitants
NGO leading the intervention: RAIS
Number of homeless people at the beginning of the implementation of the program: 15
No. of beneficiaries of the HF program: 9 (1 woman / 8 men)

4,015 inhabitants
NGO leading the intervention: municipal social services.
No. of homeless people at the beginning of the implementation of the program: 2
No. of beneficiaries of the HF program: 2 men (shared housing experience in rural areas)

The different NGOs that are launching the model agree that the greatest difficulty they face is managing the homes. They have to work exhaustively with public administrations, entities that promote social housing and property owners in order to reach agreements for the transfer of flats for this cause. And when they do, the procedures to access a home are slow, cumbersome, with a disparity of conditions depending on whether it is public or private park, etc.

In this sense, although the model is not new, and has been developing for years in different Spanish cities and autonomous communities, its application in the Principality of Asturias incorporates a series of differential features that have made it an example, both at the national and European.

They are as follows:

• The Housing First program is directed by the General Directorate of Housing of the Government of the Principality of Asturias, which is the one that coordinates its implementation with the municipal social services. The General Directorate of Housing is within the Ministry of Social Rights and Welfare. This is in itself a radical innovation, since the homes available to the program are guaranteed.

• The dwellings are not transferred to the Social Services or entities that carry out the accompaniment with the beneficiaries (as in the rest of Spain). It is the beneficiary who signs a rental contract, thus becoming a real subject of rights and obligations.

• Networking is carried out between administrations of different levels, and the third sector.

• It takes place in 4 different municipalities (Oviedo, Gijón, Avilés and El Franco-the latter, rural), and each municipality has the capacity to decide with which organization it wants to establish the accompaniment and monitoring of the beneficiaries.

32 people with a long history of living on the street (more than 10 years) are tenants in 31 homes, spread over four municipalities: Oviedo, Gijón, Avilés, El Franco.

Unlike other Housing First programs that are developed in other autonomous or local territories, Asturias incorporates a series of innovations (from an approach and methodology point of view) that constitute the key to success:

• Housing First is a political commitment of the government of the Principality of Asturias, through the General Directorate of Housing. Thus, it breaks one of the greatest difficulties faced by NGOs that are working to combat homelessness, and that is precisely the search for housing. The General Directorate of Housing guarantees the houses, and places them at the service of the program. Your involvement in the program is crucial.

• It is developed in four Asturian municipalities, with the aim of extending to other municipalities in which homeless people are identified.

• There is a variety of NGOs that provide selection and support services, depending on the municipality in which the initiative takes place (RAIS in Avilés; Siloé Foundation in Gijón; Albéniz Foundation in Oviedo). One of them, El Franco, carries out the program from its own municipal Social Services. This variety of NGO’s / agents follow the basic principles of Housing First (accept the periodic visit of a professional, comply with the obligations stipulated in the lease, have good neighborhood relations and hold evaluation interviews), although each One of them incorporates its own methodologies, very useful when evaluating which aspects of them work best.

• The adjudication of housing to the beneficiaries of Housing First is fully integrated into the housing adjudication system of the Principality of Asturias. This, in addition to avoiding delays in the implementation of the program, due to authorizations for signing agreements, administrative files, guarantees its continuity over time. The beneficiary becomes a tenant of the public housing stock, and pays a maximum of 20% of his income as rent (or 30% including community)

• Regular meetings are held with city councils and NGOs to evaluate the program.

• The Housing First initiative in El Franco is the first initiative developed in rural areas, and has been awarded the Best Practices Award -in its 2018 edition- in housing that is awarded annually by the General Directorate of Housing. In this case, two homeless people who have been passersby in the capital of the council for more than ten years, without accessing any type of resource from the social services network, with begging as their main economic support, have accessed a home – they share-under the program.